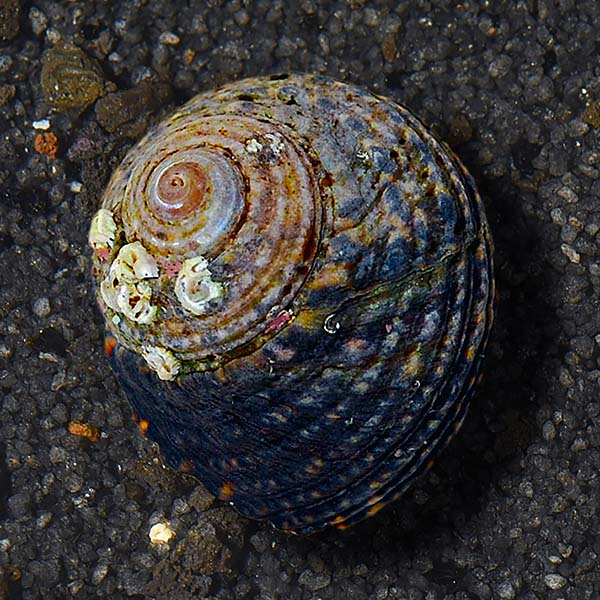 The Margarita Snail is one of the most sought-after home reef inhabitants. This is because they can consume large amounts of algae, including nuisance hair varieties. Plus, unlike some snails, Margarites pupillus is non-venomous and peaceful towards corals, invertebrates, and other tankmates.

The second option is the Coraline Margarita Snail. It has a turban-shaped shell that appears pink due to the Coraline Algae that is living on it. These algae can encourage Coraline Algae growth in your aquarium. The pink color of the shell deepens as the quantity of Coraline Algae on their shell increases. They may grow to 1” as an adult.

Like other invertebrates, the Margarita Snail is sensitive to high nitrate levels and copper-based medications. Also, it should be acclimated to new aquariums using the drip acclimation method. The Margarita Snail is sensitive to even small changes in water parameters including pH, temperature, and alkalinity. To promote shell growth, supplement calcium levels in your aquarium.

Keep in mind that the Margarita Snail will starve if algae levels become sparse. Therefore, supplement their diet with dried seaweed. To feed, use an algae clip or wrap the seaweed around a rock or empty shell and place into your aquarium next to the glass.

Write a Testimonial | Ask Customer Service
Raymond Watkins Greenwood , IN
Definately one of those species that is a must for a good marine aquarium. These guys are among the best little algae eaters that I have found. They tirelessly roam over my live rock, my glass, and my substrate rasping away any nuisance algae they find.
Mackenzie Hartman Milan , IN
These little guys roam all day eating the algae. They all arrived in tip-top shape, and began eating as soon as they were released into the aquarium. The snails we recieved had a very nice purple shell! A must for algae.
William Pantos Victoria , TX
These were large and eat green hair algae. Most of the snails I have been getting are really small but these were big and got right down to business. They move all the place.
1-3 of 3 testimonials