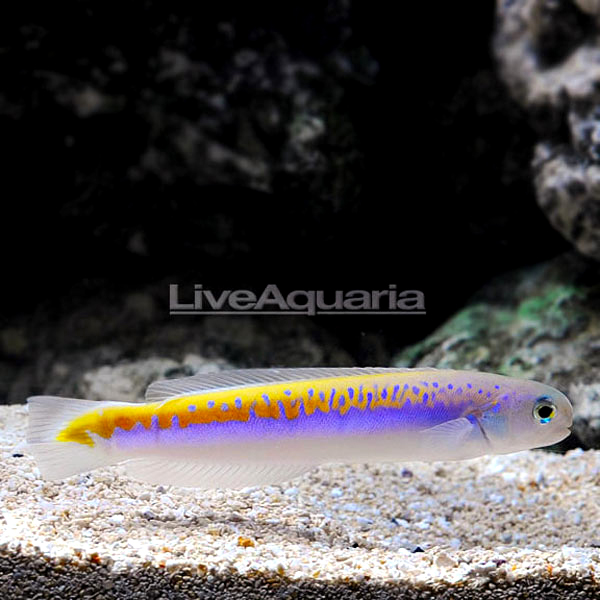 Be one of the few people IN THE WORLD to own an Oreni Tilefish Hoplolatilus oreni, referred to by some as the Holy Grail in aquarium keeping. A member of the Malacanthidae family, most Tilefish display shy or skittish behavior, but not this beauty. Sought after because it is rare, peaceful, photogenic, and has a lot of personality, it is relatively new to the aquarium industry. The Oreni Tilefish being offered by LiveAquaria® is from Kenya.

Growing to a maximum of 8”, this marine fish displays a blue metallic zigzag line mid-body starting behind the head and ending at the base of the caudal fin. Scattered spots appear above the midline in a broken blue line on a bronze background. It possesses a torpedo-shaped body and has an ethereal presence.

Demersal, it will live close to the bottom of your aquarium and create burrows or mounds in which it retreats if it feels threatened, so provide plenty of substrate. Requiring a relatively large aquarium (50 gallon minimum) because of its active nature, you will want to protect your investment by providing a cover for your aquarium.

This Dartfish requires a diet containing a variety of marine fish, crustacean flesh, and Mysis shrimp fed two or three times per day.