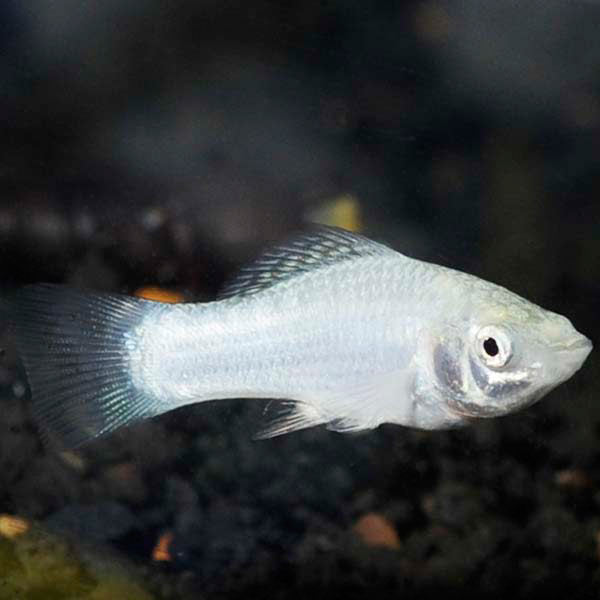 The Silver Molly, with its vibrant silver coloration, make it a flashy new addition to any freshwater community aquarium. You can find Molly in freshwater rivers and estuaries, occasionally making an appearance in seawater. For this reason, in the freshwater aquarium, a teaspoon of aquarium salt per gallon is recommended for optimum health.

The Silver Molly prefers a tank of at least 30 gallons with plenty of strong plants such as Java Fern, Sagittaria, Vallisneria, and Anubias. Satisfy their natural curiosity with artificial caves and rocks to explore. The Silver Molly requires a good filtration system because of their hearty appetites and resulting waste products. The Silver Molly is well suited for the community tank because of its peaceful nature, and is compatible with other peaceful, large fish that can withstand similar water conditions.

The Silver Molly is omnivorous and that prefers both meaty foods as well as algae. Provide these fish with an algae-based flake food, as well as freeze-dried bloodworms, tubifex, and brine shrimp.