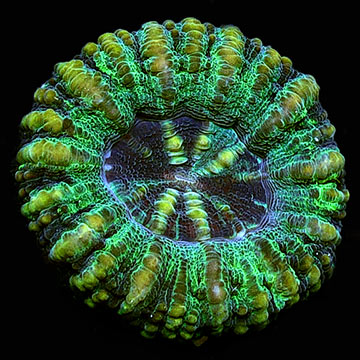 The Mini Scolymia Coral is fairly easy to maintain in the reef aquarium. It makes an excellent choice for both the beginner and advanced reef aquarist. It requires moderate lighting combined with moderate water movement within the reef aquarium. For continued good health, it will also require the addition of calcium, strontium, and other trace elements to the water. Its feeding tentacles appear during the evening and while exposed, will feed on meaty foods such as micro-plankton or brine shrimp.