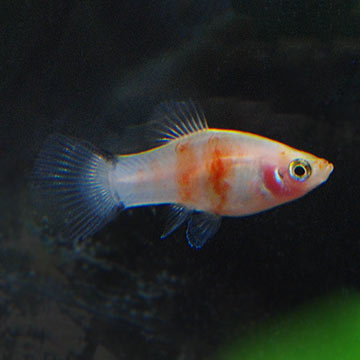 The Tiger Ruby Platy is an omnivore that will eat commercially prepared flaked foods and algae, as well as freeze-dried bloodworms, tubifex, and brine shrimp.

Write a Testimonial | Ask Customer Service
Michel C FL
They do stand out from the rest of the platies. I have 2 and it has more strips than the picture displayed on the website. Plus its body color was more fire-orange. Really nice!!!
1-1 of 1 testimonials