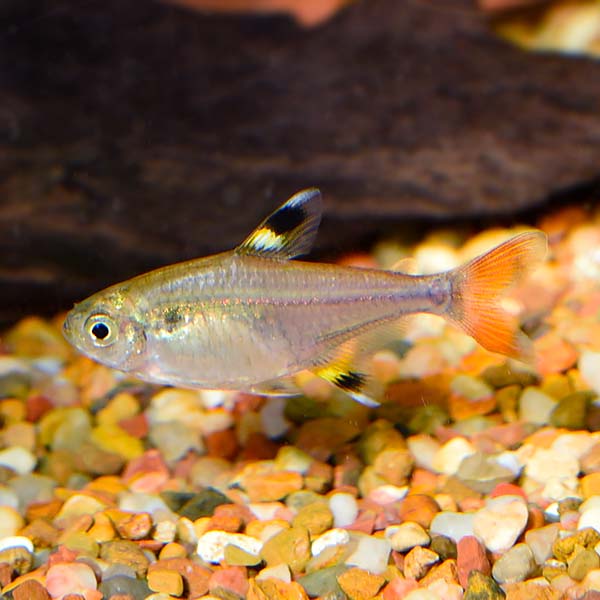 The natural diet of the Gold Pristella Tetra consists primarily of small insects and planktonic animals. However, it will accept frozen or freeze-dried brine shrimp, daphnia, bloodworms tubifex, as well as micro pellet food and high quality flake foods.

Write a Testimonial | Ask Customer Service
Eric C Nashville , TN
Like things calm. They are long lived tetras but, they will hide if there is much commotion. In a tank with other calm tetras, they guys look great and school well in the lower levels of a planted tank where they feel secure.
1-1 of 1 testimonials