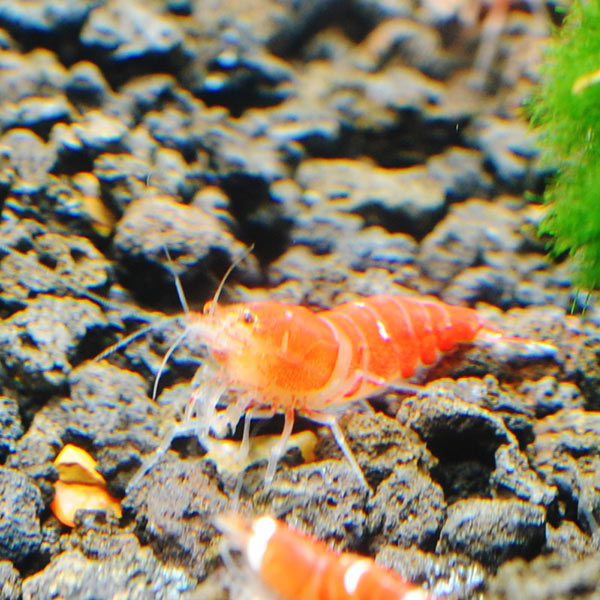 If there is a male and female Super Red Crystal Shrimp in your aquarium they will most likely breed. The female will carry a clutch of yellowish eggs under her tail until they hatch in about 30 days. The newly born shrimp will look like miniature adult shrimp and will eat the same thing as the adults. If breeding the Super Red Crystal Shrimp, it is important to house the hatchlings in a separate dedicated breeder aquarium with a sponge filter since most other tank mates will consume the young shrimp.

The Super Red Crystal Shrimp is an omnivore that consumes algae, detritus and left over food. If insufficient food is present, supplement with a quality flake food or pellet.