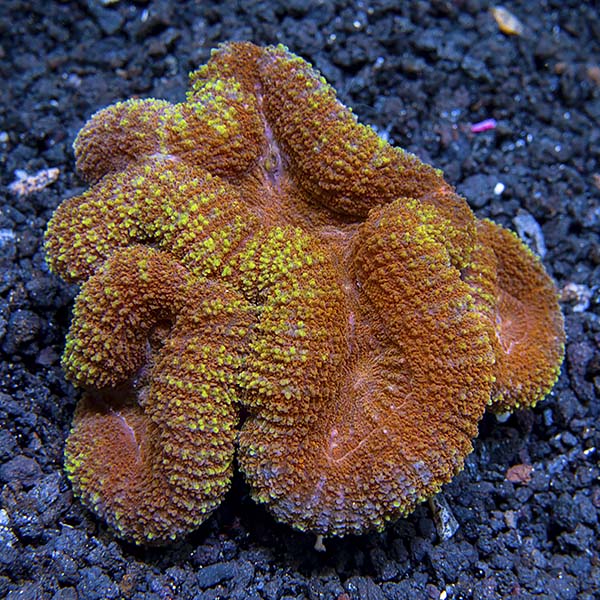 The Indonesian Colored Symphyllia Brain Coral is a fantastic colored variety of the large polyp stony (LPS) coral also referred to as the Closed Brain Coral or the Dented Brain Coral. This beautiful coral is closely related to the popular Lobophyllia Open Brain Corals and is found in a variety of textures and color forms. Some are smooth, while others are pimply, and look like carpet. Colors vary from bright red, green, orange, gray, tan, or brown. Symphyllia Brain Corals are found in the Indo-Pacific Ocean, typically occurring in a range of habitats from protected reef slopes in shallow water to upper reef slope regions, as well as fringing reefs. Though sharing similar appearance and relative care requirements to Lobophyllia corals, Symphyllia Brain Corals make less frequent appearances in the aquarium industry, making them a fantastic choice for LPS coral aficionados.