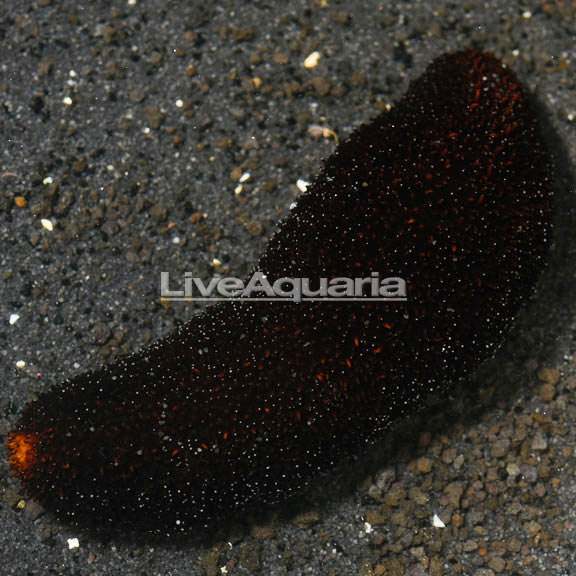 The Black Sea Cucumber, often referred to as the Black Cucumber, Black Sea Urchin, or Lollyfish, has a long black body with a few spots. It was first described as a species back in 1833, and is found in the Indo-Pacific from the Red Sea to Hawaii. It lives in the sandy bottom, often partially covered with sand.

The Black Sea Cucumber needs to be kept with peaceful tank mates. Do not overstock an aquarium with the Black Sea Cucumber. In general, keep only 3 inches of worm for every 20 gallons of water. It is very sensitive to high levels of copper-based medications and will not tolerate high nitrate levels.

It does not have tubules of Culvier, but in the wild, if it is attacked or injured, it will expel its internal organs, which can be toxic to fish. After the Black Sea Cucumber escapes, it will regenerate those organs, although this regeneration rarely occurs in an aquarium setting.