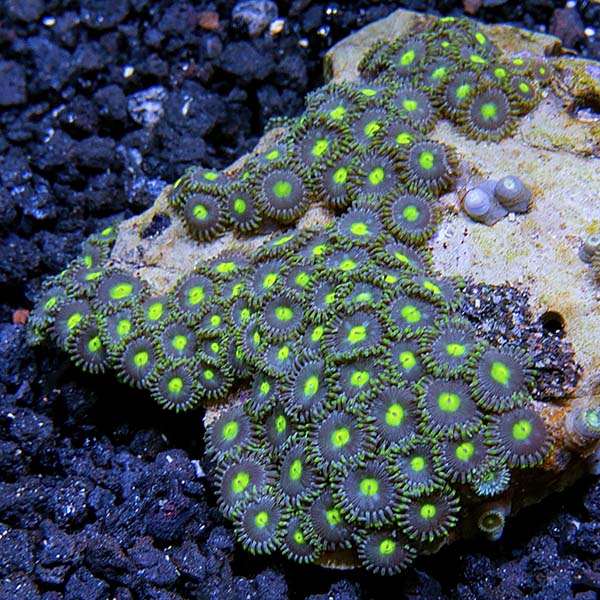 The Blue & Green Colony Polyp Coral is a handsome coral sporting a "cool" color palette of blue and green. Its colonial growing habit accentuates this effect, creating a rhythmic yet visually stimulating reef aquarium landscape. Over time, an established colony of the Blue & Green Colony Polyp Coral creates an impressive living carpet for a truly noteworthy display full of color and dynamic texture.

It is not uncommon to receive a rock that is not completely covered in polyps. However, under the right conditions, the Blue & Green Colony Polyp Coral will spread quickly, covering the rock as well as portion of surrounding rocks in the aquarium.