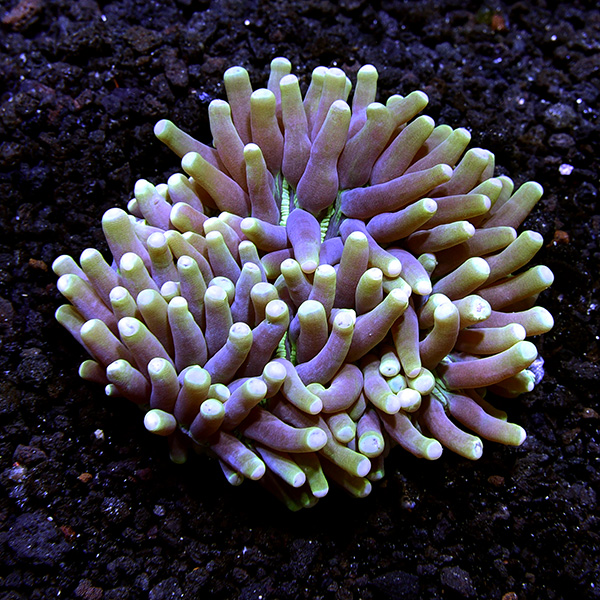 The Long Tentacle Plate Coral is a large polyp stony (LPS) coral often referred to as a Heliofungia Plate, Mushroom, or Disk Coral. Its genus name, Heliofungia, was derived from the Latin words helios (sun) and fungus (mushroom), which describes its calcareous skeleton shape. With its long purple tentacles adorned with greenish gold tips extended, it takes on the appearance of an anemone.