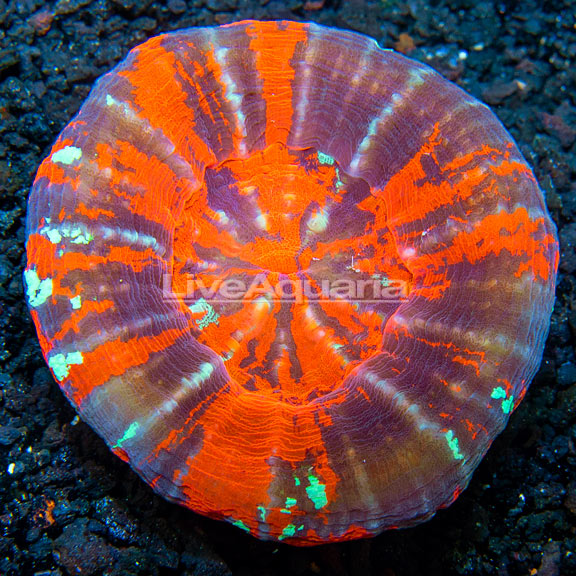 The Scolymia Coral is a large polyp stony (LPS) coral and referred to as the Doughnut, Scoly, Artichoke, or Disk Coral. It is a round, solitary coral, usually having a single oral opening present in the center, however, multiple openings have been present in some species. The Scolymia Coral, Warpaint is a striking combination purple, mint green and red with cup, saucer, flat, or dome-shaped variations. It is not an outwardly aggressive coral, but should be provided with plenty of space between itself and other corals because it can expand twice its size during the day.