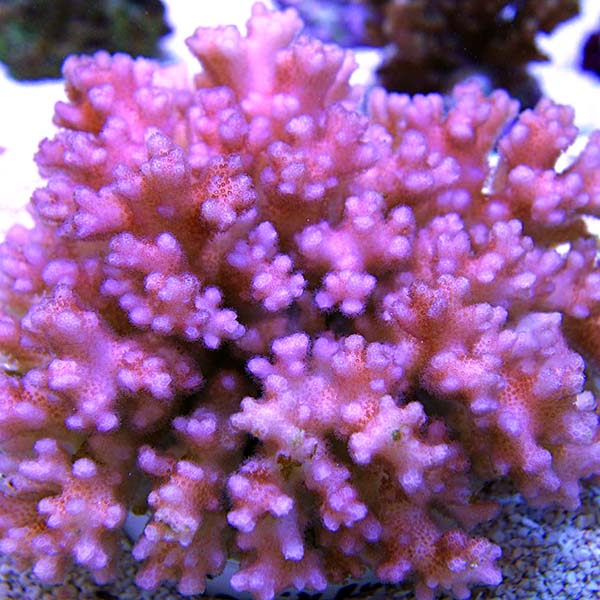 The Pink Cauliflower Pocillopora Coral is a SPS coral that is also referred to as Lace, Cluster, or Brush Coral. The appearance of the colonies with polyps extended actually gives this species its more common name, Cauliflower Coral. They have a very fuzzy appearance, and are a very colorful addition to a reef aquarium.

It is a peaceful coral and adequate room for expansion should be provided between itself and other corals. The Pink Cauliflower Pocillopora Coral can be difficult to acclimate to the aquarium, but once established, becomes quite hardy for an SPS coral, and may grow rapidly. Provide enough space between this and other corals to allow for this growth. It requires a high light level combined with strong water movement, and good water quality. For continued good health, it will also require the addition of calcium, strontium, and other trace elements to the water.

Its diet should include additional feedings of micro-plankton or other micro-foods twice a week.