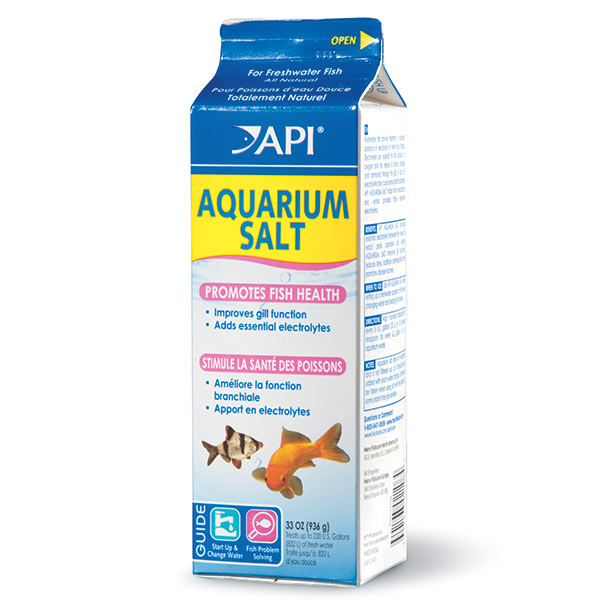 All natural Freshwater Aquarium Salt serves as a general tonic and stress reducer for freshwater fish. During disease and stress, healthy gill function of fish is disturbed. This can lead to the loss of electrolytes through the gills (sometimes called osmotic shock), reducing the intake of oxygen and release of carbon dioxide. Freshwater Aquarium Salt replenishes natural electrolytes and promotes healthy gill function. Temporarily blocks the toxic effects of nitrite to freshwater fish until water quality improves. Made from evaporated seawater – contains no artificial additives, sugar, or artificial color and will not change pH. Use Aquarium Salt with tropical fish, goldfish, and koi but should not be used as a substitute for marine aquarium salt. 1 Tbsp for every 5 gallons of water.

This all-natural salt is intended for use in freshwater aquariums to add natural electrolytes, improve gill function, and reduce fish stress.

Directions for Use:
Important Note: Freshwater Aquarium Salt does not evaporate nor is it filtered out. Use as directed and add more salt ONLY when making a water change. For example, if you remove five gallons with a water change, add only enough salt for five gallons.