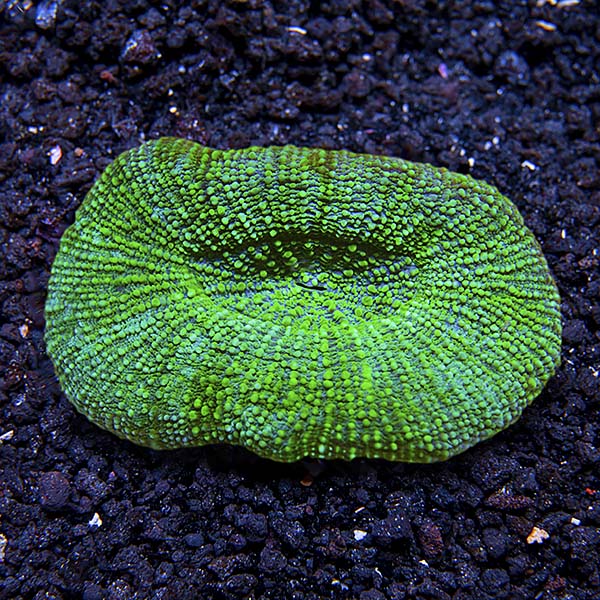 The Donut Coral is a large polyp stony (LPS) coral and also referred to as the Artichoke, or Disk Coral. It is a round, solitary coral, usually having a single oral opening present in the center, however, multiple openings have been present in some species. The Donut Coral is found in many different mottled color forms of dark green, red, or brown with cup-, or saucer-, flat-, or dome-shaped variations. It is not an outwardly aggressive coral, but should be provided with plenty of space between itself and other corals because it can expand twice its size during the day.

The Donut Coral is easy to maintain in the reef aquarium and in the wild, and is often found in association with Tridacna Clams. It makes an excellent choice for both the beginner and advanced reef aquarist. It requires moderate lighting combined with moderate water movement within the reef aquarium. For continued good health, it will also require the addition of calcium, strontium, and other trace elements to the water. Its feeding tentacles appear during the evening and while exposed, will feed on meaty foods such as micro-plankton or brine shrimp.