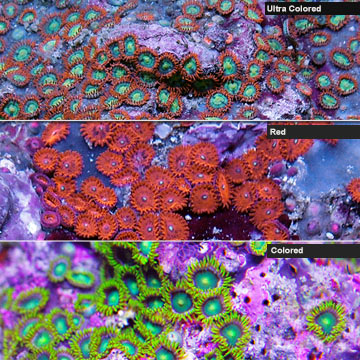 The Colony Micro Polyp is a prized coral specimen for serious Zoanthid collector and budding reef aquarium enthusiast alike. Over time, an established colony of Colony Micro Polyp will create a living carpet of color for an exceptional display. The petite polyps of this "micro" zoa add further visual sure to pique the interest of any observant hobbyist.