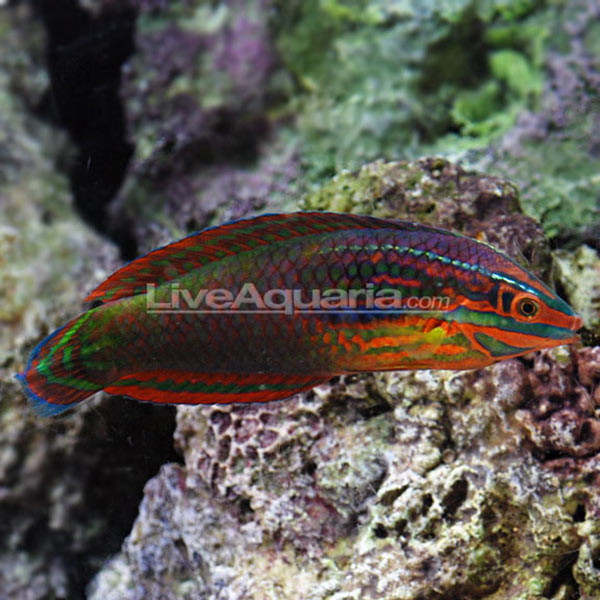 Bold, beautiful, and brimming with personality, the elegantly-striped Red-Lined Wrasse makes the perfect addition to showcase in your display reef aquarium. Also known in the hobby as the False-eyed or Biocellate Wrasse, juvenile Halichoeres biocellatus and sub adults are easily identifiable by a pair of ocelli, or "false eyes", on the dorsal fin which disappear as the Red-Lined Wrasse matures.

Write a Testimonial | Ask Customer Service
Adam H Clearwater , FL
Very similar to a Christmas wrasse, but with more red, which I really enjoy. I ordered a subadult female, but was happy to receive a subadult male already displaying male coloration. This fish arrived fat and healthy. Live aquaria really lived up to the reputation on this fish. Additionally, it's a Halichoeres wrasse so it's peaceful and gets along with my other Halichoeres wrasses.
1-1 of 1 testimonials