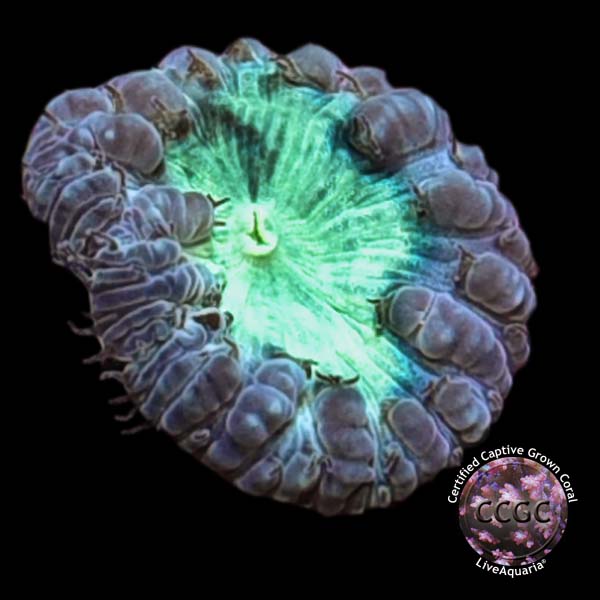 The Australian Big Polyp Blastomussa, Purple has a unique purple coloration that surrounds each polyp's vibrant green center. This beautiful coral will create a visual appeal in any home aquarium.

Write a Testimonial | Ask Customer Service
Abdias P Orlando , FL
aI have the red with green centerthe picture don't do it justice , very easy to take care of, low water flow is the best for it and you will see it expand out. Beautiful color that just pop out at night with led, would recommend to any one to add this piece to there collection, you won't regret it
Ashley P Seattle , WA
I purchased one head of the Purple Blasto about two months ago. And while the outer edges are still more tan than purple, the green interior is a brilliant neon minty color. Also since receiving my coral, it has sprouted more than seven new heads. This is one of my first corals and I am extremely impressed; I also love the fact that it was Aquacultured!
1-2 of 2 testimonials