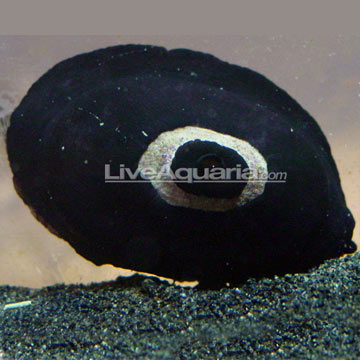 The Keyhole Limpet Snail prefers an established aquarium with live rock and plenty of microalgae from which they can graze. These Limpets are sensitive to high nitrate levels and copper-based medications. They are a great addition to the reef aquarium for algae control, and will not bother sessile invertebrates.

The breeding habits of these Limpets have not been observed in captivity.

The Keyhole Limpet Snail feeds upon all forms of microalgae in the aquarium. If insufficient algae is present, supplement their diet with dried seaweed.

Use caution when considering placing Limpet snails in reef aquariums that contain SPS corals as these snails have been known to sometimes graze on certain species of Acropora, Montipora and other similar species.