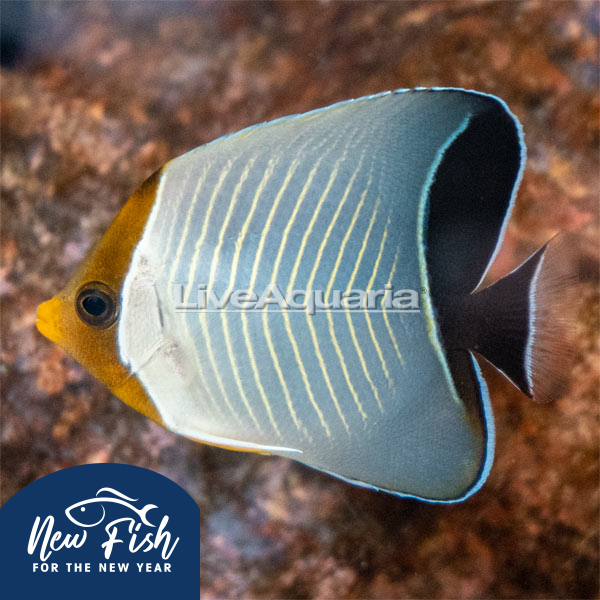 The Hooded Butterflyfish Chaetodon larvatus is known by many other names including Larvatus Butterflyfish, Masked Butterflyfish, Orange Face Butterflyfish, and the Blue Chevron Butterflyfish. It makes a striking presentation in any marine aquarium. A flat triangular shaped fish that is very colorful, it has a predominantly blueish gray body with lighter yellow markings that are riblike in presentation, an orange face, and large black eyes. The caudal fin is black in color. It is one of only a few Butterflyfish found in the Red Sea, where it makes its home among coral reefs.

A peaceful fish, it enjoys live rock that provides hiding places and an aquarium with peaceful tankmates and a lot of swimming area. It is possible to keep a male-female pair, but members of the same sex may fight.

Suitable for an expert level aquarist, it is not reef safe, as it feeds on coral polyps, and may nibble on Tridacna clams, ornamental shrimp, and anemones in the marine aquarium.