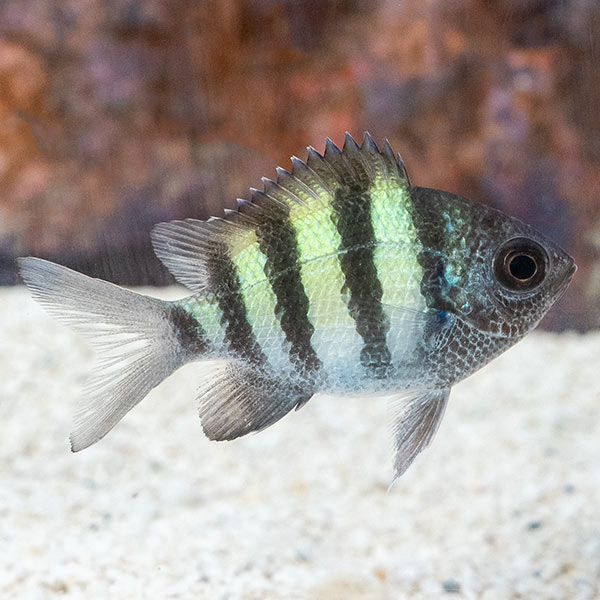 Hailing from the Indo-Pacific, the Sergeant Major Damselfish (Abudefduf vaigiensis) is a beautiful and unique damselfish that will command attention in your aquarium.

The Sergeant Major Damselfish features a forked caudal fin, oval body, yellow dorsal region, blue and silver belly, and distinct bluish/black stripes running from behind the head down to the caudal fin. This hardy fish has an Easy care-level, making them a good beginner fish for budding marine hobbyists.

The Sergeant Major Damselfish is a semi-aggressive species that can be kept with larger semi-aggressive Angelfish, Tangs, and Wrasse. It is not recommended to keep these with other aggressive Damselfish, Dottybacks, Six-line, or Eight-line wrasse.

The Sergeant Major Damselfish are omnivores and do best with a variety of foods including meaty or herbivorous foods in freeze-dried, frozen, flake, or pellet form.