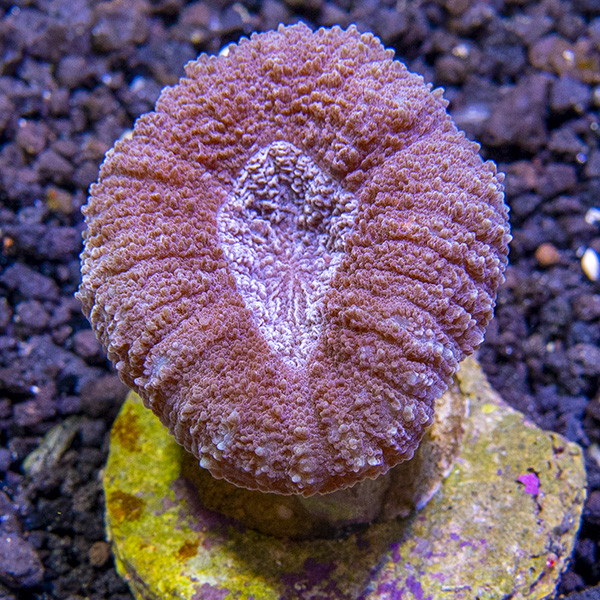 The ORA® Lobophyllia Coral is a beautiful large polyp stony coral that would make a great choice for beginner and experienced hobbyisits alike. The soft shades of pink and purple make this coral an excellent centerpiece for mixed reefs or large polyp stony dominated reef aquariums. The ORA® Lobophyllia Coral is easy to care for and can be placed in any area of the aquarium that provides low to moderate water movement. In current that is too strong the ORA ® Lobophyllia Coral will often times stay retracted tight against its skeleton and may recede where the flow is hitting them the hardest.

While not overly aggressive, the ORA® Lobophyllia Coral would do best placed safely away from other corals as it has the capability to launch mesenteric filament to neighboring corals. For this reason, a location distant from other corals is recommended.

ORA® Lobophyllia Corals make use of calcium, carbonate, and magnesium to build their skeletons. Maintaining proper water chemistry is essential for maximum color and growth of this coral.

Like most coral, the ORA® Lobophyllia Coral will satisfy the majority of their nutritional requirements by means of photosynthetic, symbiotic zooxanthellae algae hosted within its body. While it may not require additional food to maintain its health in the reef aquarium, these frags will feed on micro-plankton or foods designed for filter-feeding invertebrates.