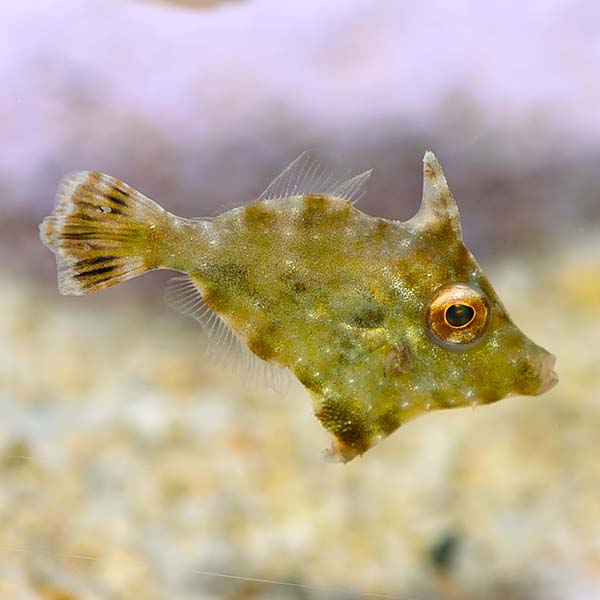 LiveAquaria® is proud to offer hobbyists the Biota Captive-Bred Aiptasia Eating Filefish as part of our increasing selection of captive bred, sustainably raised and cultured aquatic life to stock your aquarium. Captive-bred Aiptasia Eating Filefish have a unique advantage over wild-harvested species. They are hardier and more accustomed to conditions found in home aquariums. Therefore, they make a great choice for novices and seasoned aquarists alike.