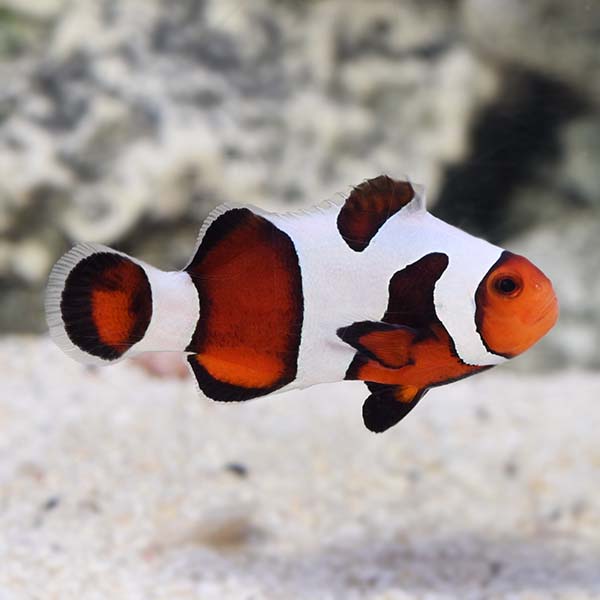 ORA® Oceans, Reefs and Aquariums Mocha Gladiator Clownfish, also known as DaVinci or Fancy Clownfish, are beautiful color varieties of the Ocellaris Clownfish discovered and named by legendary breeder Bill Addison. What distinguishes this specific variety from common Ocellaris Clownfish is the prominent white banding that curve and merge together like brush strokes. Unlike Snowflake Ocellaris Clownfish that demonstrate a similarly high degree of white coloration but in a disorganized and random pattern, the striking Mocha Gladiator Clownfish retains the dark orange mocha-like coloration in neat, broad blocks beautifully traced by black striping.

What makes the ORA® Mocha Captive-Bred Gladiator Clownfish even more appealing is the contrast between the white and mocha color for a more dramatic effect. Also, the fact that they are captive-bred to help protect the world’s fragile reef environments provides aquatic life you can feel good about purchasing.

Write a Testimonial | Ask Customer Service
Jerrod Spring Bemidji , MN
I lost a mocha storm from a pair and decided to get the mocha gladiator to mate with the remaining clownfish. This fish came in beautiful and healthy and has been a wonderful addition to my community tank. Note - it was larger than anticipated at about 2 inches.
1-1 of 1 testimonials