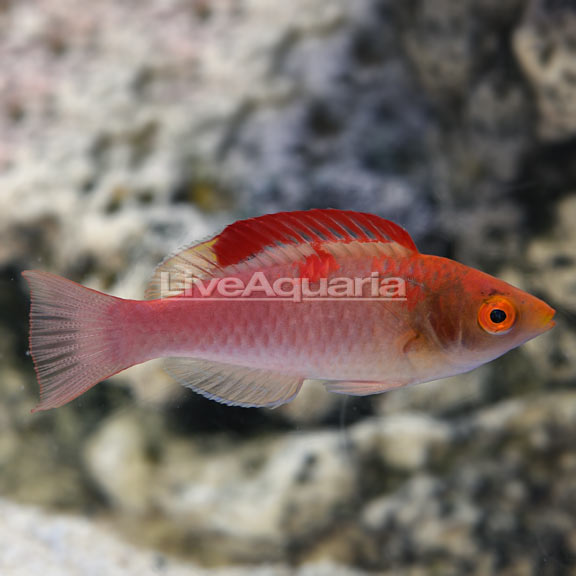 The Red-Fin Fairy Wrasse also known as the Koi Fairy Wrasse or Debelius Fairy Wrasse is a peaceful fish that is sure to bring both color and activity to your reef or fish only aquarium. The adult male will be brighter and flashier than its female counterpart.