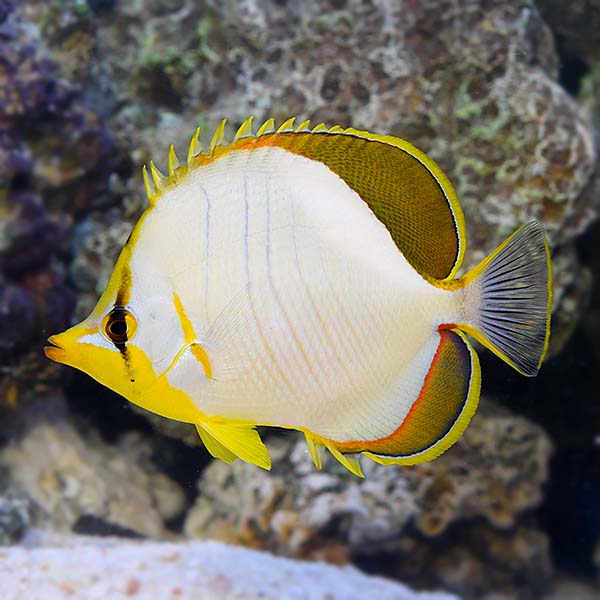 The Yellowhead Butterflyfish will do best in a 125-gallon or larger aquarium aquascaped with a generous amount of live rock and ample swimming space. The ideal setup is a mature, fish-only-with-live-rock (FOWLR) system with excellent water quality and brisk water movement, housing other similar-sized peaceful fish.