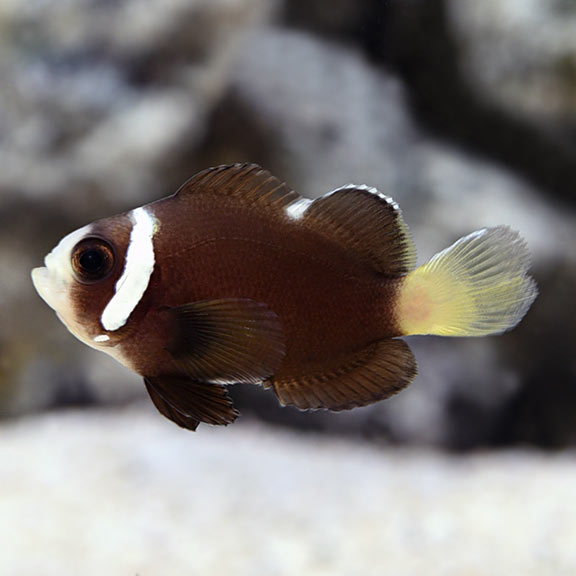 Captive-bred clownfish are generally easy to breed in the home aquarium however this was not the case with the McCullochi Clownfish. It was not until the initial success of LiveAquaria and the collaborative effort of that made captive breeding of this beautiful Clownfish more common. Read all about the adventure here. An aggressive eater, the McCullohi Clownfish will consume most meaty foods and herbivore preparations.