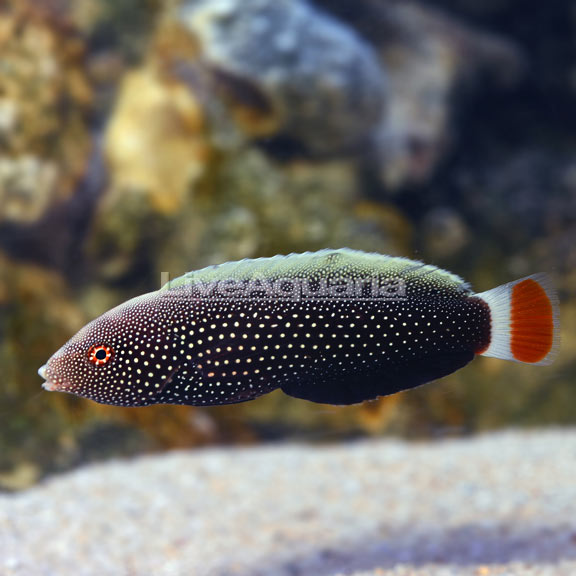 The Redtail Tamarin Wrasse, also known as Redtailed Wrasse, Redtail Hawaiian Wrasse, or Psychedelic Wrasse (males), has a black body covered with varying sized white dots. The tail is white with a red band at the end. The male has a more colorful head with unique facial markings which differ from the females. When courting, the male will display an increased color intensity.

It requires a 120 gallon or larger aquarium with a 2 inch layer of live sand in which to bury itself, and a secure lid to keep it from jumping out of the tank. A single male can be kept with a group of females that are introduced prior to or at the same time as the male.

The Redtail Tamarin Wrasse may be very difficult to adjust to new surroundings, and should be offered a variety of enriched meaty foods such as frozen Mysis shrimp and frozen brine shrimp.