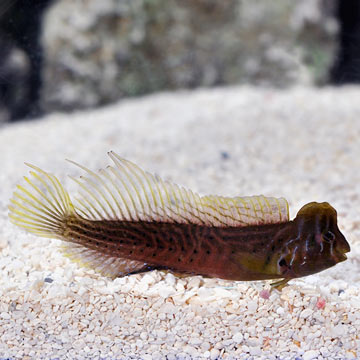 The diet of the Brachiosaurus Blenny should include vegetable matter, including frozen and dried foods containing marine and blue-green algae. It will also feed on (and help control) algae growing in the aquarium.