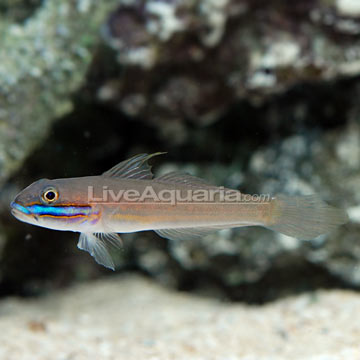 As the Sleeper Green Banded Goby sifts through mouthfuls of substrate, it feeds on food items that live within the sand. This natural feeding behavior has the added benefit of keeping the substrate well oxygenated. The Sleeper Green Banded Goby feeds on a variety of live and frozen brine shrimp, mysis shrimp, live black worms, and prepared foods for carnivores, and should be fed frequently.