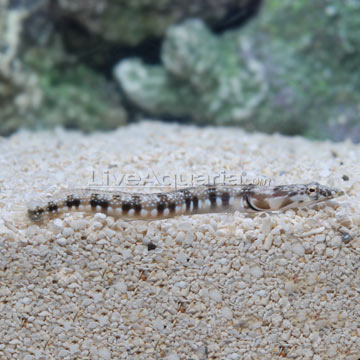 The diet of the Orangethroat Pikeblenny in the wild primarily consists of small crustaceans and small fish. In the aquarium, it should be fed mysis shrimp, vitamin-enriched brine shrimp, frozen preparations and other meaty items.