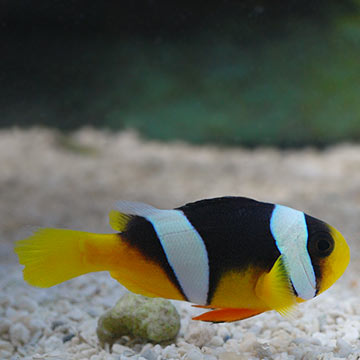 A 30 gallon or larger aquarium is desirable as is a host anemone such as Bubbletip Sea Anemone (Entacmaea quadricolor). Captive-Bred True Sebae Clownfish are very hardy and durable fish making them a perfect addition for the novice or seasoned aquarist. The Captive-Bred True Sebae Clownfish is a good candidate for a reef aquarium. If introduced to the aquarium at the same time, many varieties of captive-bred clowns can be maintained together in the aquarium.

The Captive-Bred True Sebae Clownfish will eat almost anything it is fed, but the diet should include meaty food items such as chopped shrimp and herbivore preparations.