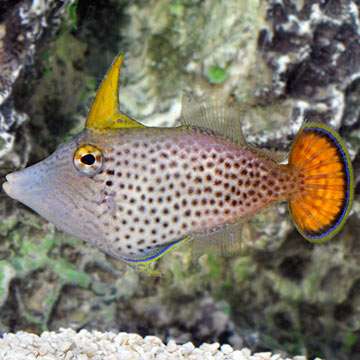 It is rarely aggressive toward other fish except those of its own genus, and is best suited for a 50 gallon or larger aquarium that does not have invertebrates.