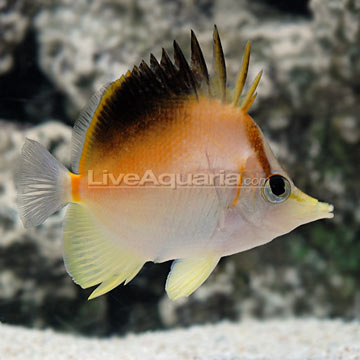 Generally peaceful to tankmates, the Longnose Atlantic Butterfly requires a minimum aquarium size of 50 gallons, and does best if kept in a deep reef tank, but avoid stocking with other species Butterflyfish

Being one of the hardiest members of its family, the Longnose Atlantic Butterfly readily accepts most carnivorous foods offered. Offer meaty foods at least three times a day such as marine fish, crustacean flesh, mysis shrimp and high quality frozen fish food.