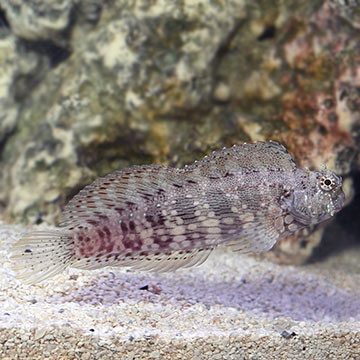 The Sailfin/Algae Blenny is notable for its unique looks and winning personality. With a mottled tan color, oversized eyes, and typical body shape of the Blenniidae family, Salarias fasciatus adds visual appeal to any marine aquarium. But despite its tendency to grow to an impressive 5" in size in the home aquarium, the Sailfin/Algae Blenny remains peaceful, active and, therefore, fun to observe.

The Sailfin/Algae Blenny does best in well-established aquariums with large amounts of natural algae to feed on. The diet can be supplemented with vegetable matter, spirulina, and herbivore preparations.