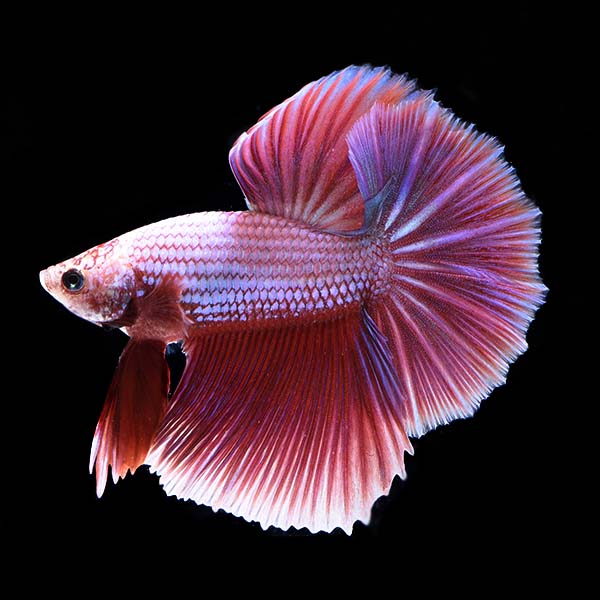 The dashing Halfmoon Dragon Scale Betta is a premium variety of Betta splendens that has been selectively bred for its notable "Dragon Scales" and highly ornate caudal (tail) fin that forms a showy semicircle or "Half Moon" shape with a spread of 180 degrees. "Dragon Scales" is a distinct scale pattern that is more prominent in appearance, slightly larger in size than normal scales, and features darker edges that impart an armored reptilian or mystical dragon-like presentation. This dramatic scale pattern gives the Premium Halfmoon Dragon Scale Betta a striking look sure to add fantastic visual interest to your freshwater aquarium.

The Premium Halfmoon Dragon Scale Betta is a carnivore, and its diet should consist of a quality flake food, pelleted Betta diet, frozen or freeze-dried Bloodworms and Brine Shrimp.