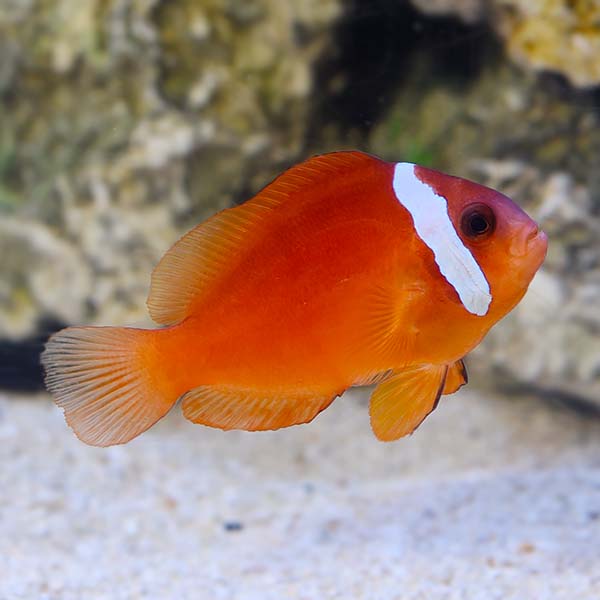 The ORA® Captive-Bred Fiji Clownfish is a new species of that has been recently described by Gerald R. Allen. For many years this fish was thought to be a color variant of the Australian Clownfish-Amphiprion melanopus whose range is spread throughout the Western Pacific Ocean. This new species of clownfish differs from Amphiprion melanopus in both coloration and by having fewer spinules on their operculum. This new member of the Pomacentridae family has an exciting reddish orange body tinged with a full, bright orange face, tail, and dorsal, anal, pectoral, and caudal fin. In addition to being beautiful, the hardy ORA® Captive-Bred Fiji Barberi Clownfish is fairly active and creates a gorgeous, eye-catching focal point.

For the best care, feed the Fiji Barberi Clownfish a varied diet that includes meaty food items, such as mysis shrimp and frozen preparations, as well as suitable flake foods. Some aquarists report having bred this species in the home aquarium with or without an anemone host.