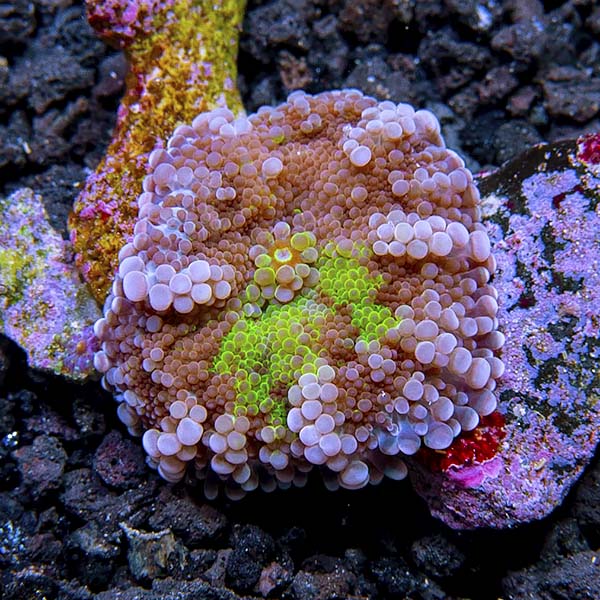 The ORA Purple/Green Ricordea Yuma Mushroom Coral, is a member of the order Corallimorpharia (Stephenson, 1937), and has short, club, or berry-shaped tentacles. It shares some similarities to stony corals, and is also termed a Disc Anemone. It is found in a variety of color forms, but purple and green are the most common.

It requires a moderate to high light level. It prefers a low water movement within the aquarium, and it may not be as hardy as some of the other mushroom corals. It is considered semi-aggressive and requires adequate space between itself and other corals. It reproduces by longitudinal fission.