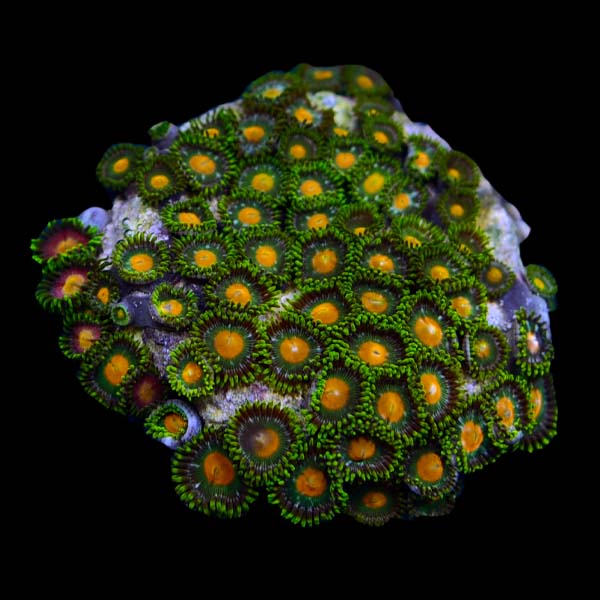 The ORA® Marshall Island Colony Polyp, Assorted are colonial animals with several individual polyps that are referred to as Sea Mats or Zoas. Their polyps have the ability to sting other polyps or corals. While the sting is not strong, they are semi-aggressive and need to have space between their colony and any neighbors as they can grow up the bases of LPS and SPS corals when fully established.

They will thrive in a variety of lighting conditions, ranging from power compacts, T-5s, powerful LEDs and up to the more intense metal halides. Colony Polyps will satisfy the majority of their nutritional requirements by means of photosynthetic, symbiotic zooxanthellae algae hosted within its body. While it may not require additional food to maintain its health in the reef aquarium, these frags will feed on micro-plankton or foods designed for filter-feeding invertebrates. The ORA Marshall Island Colony Polyps are attached to an argonite plug and can be easily placed in holes or between the rockwork of the reef aquarium.