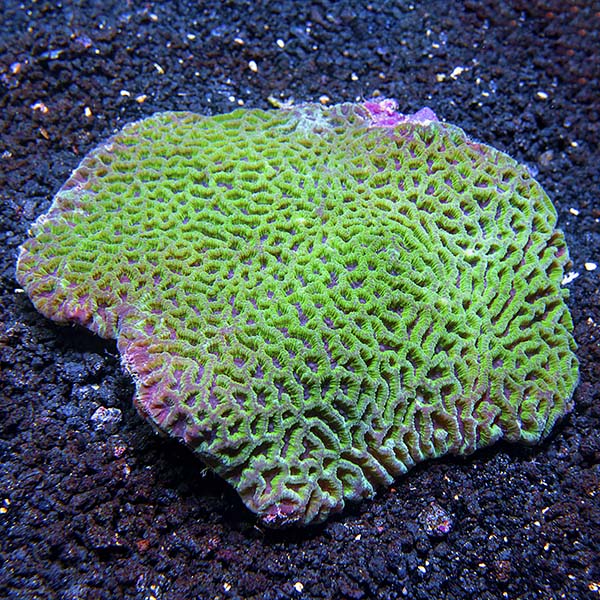 The Favites Corals are large polyp stony (LPS) corals often referred to as Moon, Pineapple, Brain, Closed Brain, Star, Worm, or Honeycomb Coral. They are the most common and prolific coral in the world, and are very similar to the genus Favia, sharing many of the same common names, and sometimes being very difficult to differentiate. Favites Corals are found in various color forms and polyp shapes. "Pineapple Coral" is the name commonly given to those that have smaller circular patterns.

The Favites Corals are aggressive, expanding their sweeper tentacles at night well beyond the base. It is important to leave space between them and neighbors in the reef aquarium. Maintenance for the Favites Corals is relatively easy, making them excellent choices for the beginner to expert hobbyist. They require moderate lighting combined with moderate water movement within the aquarium. For continued good health, calcium, strontium, and other trace elements should be added to the water. It will also benefit from the addition of supplemental food in the form of micro-plankton or brine shrimp, fed twice per week in the evening while its tentacles are visible.